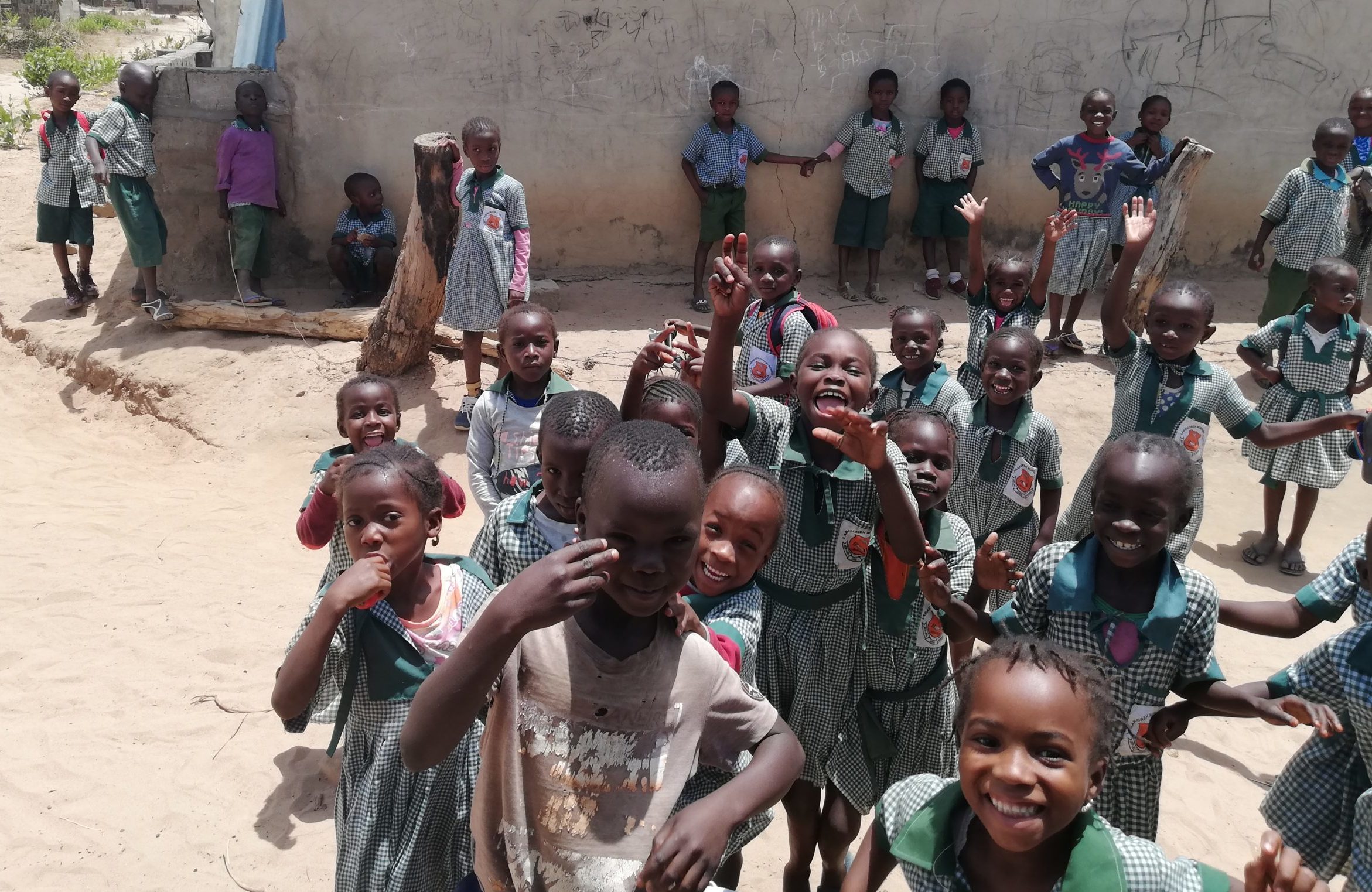 With many impressions and experiences 13 association members, donors and friends of the association returned in April from their Gambia journey. Some of us spent four weeks in the smallest country in Africa.

Monika, as chairman of the association, is very grateful to these friends and helpers for their active participation and their great commitment in the support, execution and realization of our project goals.

In the last 22 years we have already seen many children grow up there and have been able to support and closely follow their development. The village Labakoreh has a population growth of 4500 inhabitants now. Among them several families from Senegal and the interior of the country. These people are drawn closer to the coastal region, where they hope to benefit from the primary and only source of income there, tourism, in order to feed their families. As a result of the population growth there are not enough school places, so that not all children can attend a Nursery school (preschool) and therefore do not receive sufficient education for primary school (primary school).

For this reason, we began building a fourth classroom last year and have thus realized another important project. Since April of this year, 25 children have been taught by a trained teacher.

The rest of the work, such as painting the windows and doors in the entire building, was done by the four men who travelled with us this year. Furthermore, signs were put up, which were made in Germany. We noticed that the solar system did not work. With the technology this is such a problem! Here, too, the men found what they were looking for and discovered that the inverter, an important component, was defective. The new device has already been purchased in Germany and is now on its way to Gambia, where it will be connected in March next year by friends travelling with it.

While the men did the work at temperatures of 40 degrees and above, the women sorted the aids: walking aids, wheelchairs, bed linen and many other materials from Germany that were destined for the health centre and a hospital with an integrated orphanage.

The doctors and employees of the facility were delighted with the handover of the aids. An approximately ten-year-old girl who could not walk without help was immediately given walking aids. Her eyes beamed with happiness.

We convinced ourselves of a well functioning school day, including the food supply of „our“ children. Washing hands before and after meals has become an important habit. The cooks prepare tasty food, which we have seen for ourselves several times.

The patrons visited their sponsored children, experienced the real life in the families and were often shocked by the poverty in which they have to live. The families are grateful for every little help. One of the sponsors, who visited her godchild and her family for the first time and who has been supporting her for six years, learned the same thing. Her conclusion: „This was not the last time I visited her“. Despite great worries, the people radiate a cheerfulness. So did the other fellow travellers feel, who have been visiting their sponsored families for many years.

We had several conversations with young people who had been trained about our association. Among others with Fatu, who meanwhile works as a nurse and is paid by the state for the education of young mothers and girls to avoid the usual circumcision of young girls in Gambia. This is necessary even though these have been banned in Gambia since 2015.

There were other highlights on the program of our trip.

The excursions with our seven-year-old children to the football stadium and the museum with the crocodile pool, combined with a city tour and our annual beach festival have become a tradition.

The soccer match with the German guests was not to be missed either.

On a smaller scale–most of the friends of the association had already left–personal conversations took place with the Alkalo (mayor of the village), the staff in the Nusery school and many other people in the village.

Once again we can look back on a successful year thanks to our loyal sponsors and helpers. We have given children and young people more opportunities for a better education. Many of this aides are also committed to helping the socially disadvantaged in our country.

Our association, with its friends and sponsors, actively and very personally helps the people in a village in Gambia, in a country where people struggle for their daily survival.